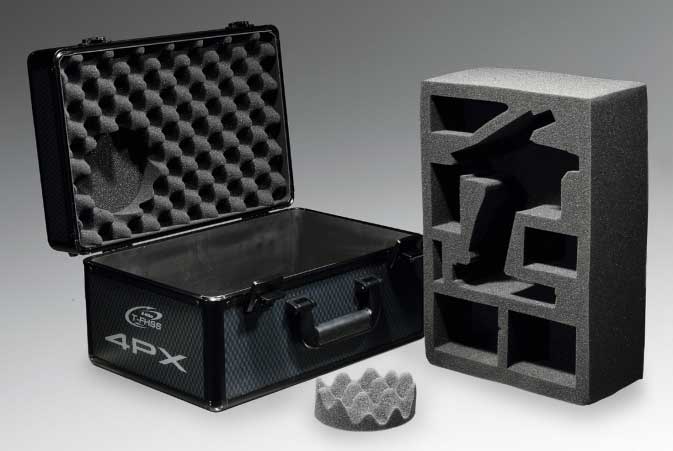 Let’s face it, if you’re going to drop a large wad of cash for a high end radio system, you’d better make certain it is protected at all times when not in use. I’ve seen so many radios knocked off a pit bench or solvents sprayed on them or things dropped on them it makes me cringe. All could have been easily prevented if the radio was just stored in a case. Futaba is known for offering high end cases to match their high end radios and they have just released their 4PX offering. The new case’s rugged construction is similar to their previous cases, black anodized extruded aluminum frame work on all of the edges with sturdy hinges to connect the two halves. The panels are a strong plastic that have been printed with a carbon fiber pattern and the logos of the radio and Futaba on the front plate and sides. A large handle allows easy transport and solid latches can be locked with the included key to keep things secure. Inside there is plenty of foam to support the radio. Simply remove the radio foam and slide in your 4PX with a nice, snug fit. Additional cut-outs in the foam can be removed if you want to store servos, receivers or other small electronic components. I don’t recommend standing on the case when you’re on the drivers stand as I see many drivers do, that’s what step stools are for. But the Futaba case is once again the perfect accessory for your high end 4PX radio system. It’s a little pricey, but if you spent that chunk of change on the radio, it’s only fitting to spend to protect it. 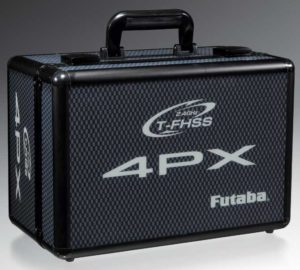